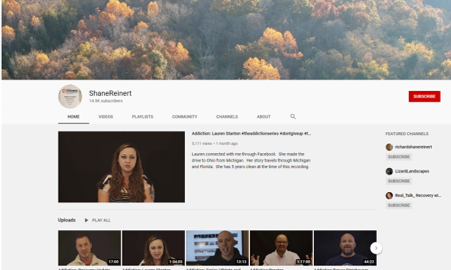 Shane Reinert, founder of the “Addiction” series attended a recent virtual meeting of the Cincinnati Eastside Rotary to discuss how a riveting and emotional video program featured on YouTube and Facebook came to fruition.  Addition is a video series dedicated to helping and encouraging people battling addiction as well as educating the public on the growing health crisis.

Reinert created the program in 2016 after hearing about the devastating effects of the heroin epidemic and addiction. The series features former addicts in candid, emotional interviews sharing their stories of addition and the lasting effects on their lives and those around them.

Reinert, a Cincinnati native resides in Bethel with his wife and two sons. Reinert’s work has been featured in major media outlets and has reached millions of viewers in more than 200 countries.